For worthy eating and drinking experiences around Wellington, NZ (and the greater region) – you can also catch Heather out and about hosting Zest Food Tours around the city…

Archive for the tag “Peoples coffee”

I popped by the new People’s Coffee in Lukes Lane this weekend, their first flagship in the CBD (the mothership being in Newtown).

And liked what I saw. The food reminded me a lot of the Leeds Street Bakery (the Shelly Bay Baker instead), and the decor a lot like Goldmine by Lamason on Willis Street. 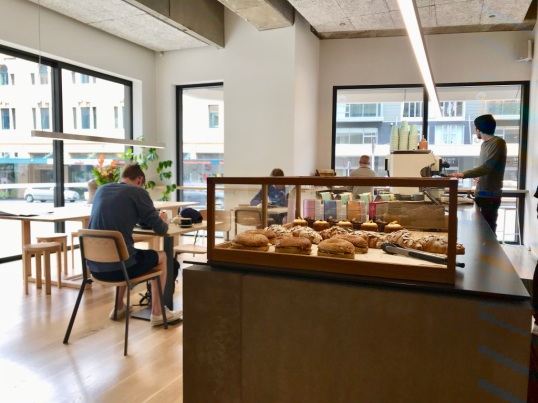 We happened along while various toast specials are on the go around town, so figured it’d be rude not to sample their beetroot pickled eggs on toasted Bakers rye with turmeric almond butter, beetroot pint beans, fennel pickle and fresh rocket. Phew!

It was spectacular to look at and a very good balance of flavours and textures. If you’re in the area, get this under your belt forthwith. 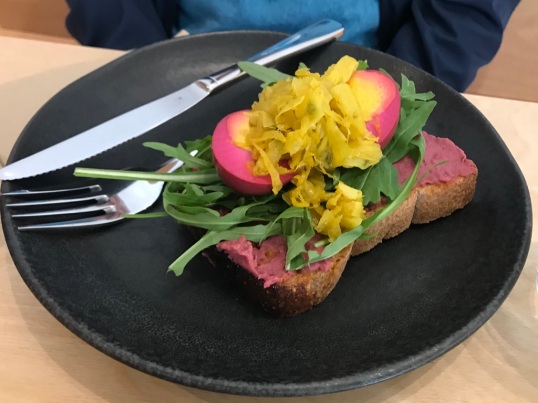 We also sampled Esther’s chocolate almond butter and orange marmalade on sourdough, which was certainly pleasant but might have been enhanced with a little banana on top to add a light fruity layer against the tackiness. No doubting the quality of ingredients though.

I like that they’re using the Oatery’s granola too, another tasty Wellington venture.

People’s coffee is all about sourcing organic and fair trade through long-term cooperative partnerships, so you’re doing the world a service by popping into People’s for your fix of java.

Now bring your mind back, its not what you’re thinking….

In the space that was Pollux between the Opera House foyer and Opera House Lane is the Boon Brothers’ new cocktail and crumpet bar. 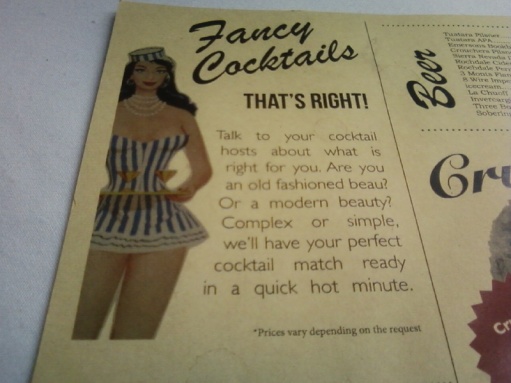 Delicious crumpets, coffee, beers and wines by day, and tailor-made cocktails by night (or  daytime for the truly hardy).

One of the Boon brothers being formerly of Lamason coffee connoisseurs down the nearby Lombard Street, and using Peoples coffee, means you get a pretty good cuppa here.

And for the accompanying munchies, a delicious crumpet or two.  Either standard (jam, nutella) or savoury/sweet specialty combinations like: 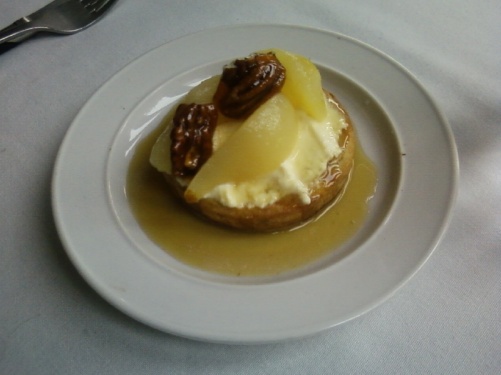 In discussion with the brother Boon on duty this morning, they decided (after a few attempts themselves) to get their crumpets made by experts and found a start-up catering company to produce these gems.

Dense enough, but not too dense, firm enough to hold the toppings well, but soft enough to cut through and chew esaily, these crumpets really and truly are worth a stop by.

Of interest on the drinks list under beers was an 8 Wire imperial stout with kapiti vanilla ice cream, and the coke for Miss 14 was in fact a coke flavoured Six Barrel creaming soda creation.  Interesting.

After having just seen a Six Barrel Soda Company Limited cafe in the upstairs space opposite on Dixon that once was Bambalinas (see the Wellingtonista article I’ve just found), that can’t be coincidence. Next weekend’s exploration.