For worthy eating and drinking experiences around Wellington, NZ (and the greater region) – you can also catch Heather out and about hosting Zest Food Tours around the city…

I’ve been in and out of Leroys a couple of times, and written about them as part of the rise and rise of tacos post for Word on the Street, so here’s my summary… 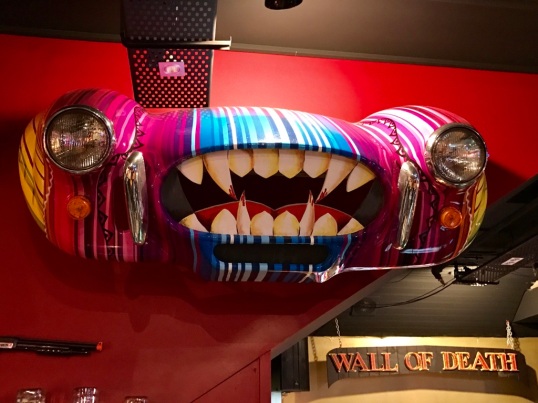 Leroys is in the old Hideaway space in the Plimmer Steps, and is brought to us by the Greenman folks (the recent Dillingers addition to Midland Park is theirs also).

Leroys has been redecorated as a dive bar style with motorcycles hanging from the ceilings, pour-your-own beer from a carburettor, a half caravan for seating (or the musos), a twinkly outdoor garden bar, and more groove than you can poke a stick at.

They’re also doing some tasty bites – predominantly tacos (delivered on cute toy trucks), firebird fried chicken (some of the moistest I’ve ever tasted courtesy of the $16,000 pressure cooker in the kitchen), and frankendogs (hot dogs in a potato rosti). 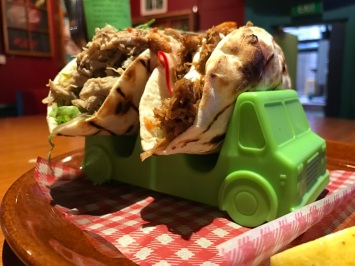 The tacos were all tasty, with their own distinct flavour profiles, and the frankendog much more interesting than a dog in a bun. Although I will grant you, messier to eat.

If you need something a little extra on the side, you can dive into K-fries (pretty much Korean spicy nacho topping on fries), or good ol slaw.

There’s a bunch of beers on tap and by the bottle if pouring your own doesn’t appeal, and a selection of wines, retro cocktails, alco-slushies and non-alcs.

And deals every night through the week – motormouth Mondays with a quarter bird and pint deal; taco truck Tuesdays 2:4:1 tacos; gigging (and probably lots of giggling too!) Fridays with live music from 7pm, etc. 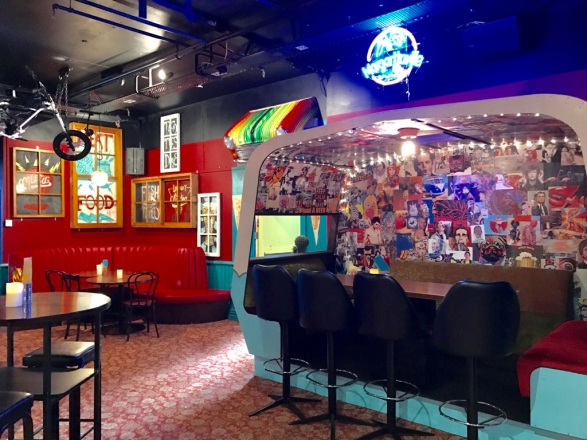 Be prepared for lots of noise on busy nights, ordering at the counter and collecting your eats from the kitchen when the vibrating ‘waiter’ tells you it’s time.

Don’t be shy, put on your dive shoes and get on down to Leroys for tasty bites and a bit of fun.

Monday to Friday from 9am to late. Saturday noon to late.